Director
John brings with him more than 20 years of experience in the hospitality industry, especially in Food and Beverage Management. John has worked within different International and private companies all over the world, including the Royal Mougin Golf Club, Constance group in Seychelles, Saint James Club in London, Royal Golf Club Bahrain, Six Senses and recently Belmond with 5 years as General Manager. John speaks fluently English, French, and Italian.  He loves spending his time together with his lovely daughters Lalita and Peng and wife Ratchana. Confirmed archery teacher. 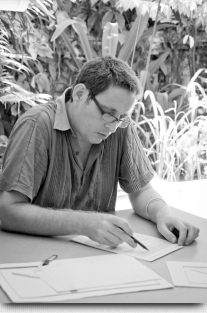 Designer
Gary Fell completed his postgraduate studies in 1994 in London at the University College Bartlett School of Architecture. After being shortlisted from 2,500 entries for the Cardiff Opera House competition, he was asked to work on Four Seasons Sayan (Bali), in 1996. This job moved him in to the Southeast Asia region. Upon completion of this project he established his own architectural company, Gfab Architects in 1999. Gary has now become one of Asia’s most sought after designers, heading a company of over 30 architects, working on a range of projects from hotels and resorts to bespoke residences, from international schools to residential towers and condominiums. Gfab has won several awards regionally such as CNBC ‘Best Development in Asia’ and another development won ‘Best Villa in Bali’ by The Yak magazine, and his work on Samujana won him a ‘Best Architectural Asia Property Award’. His unique style and passion for open spaces is most evident in his work at Samujana.

Director of Sales & Marketing
Originally from the UK working mainly in London, Karen started working for hotels in Thailand in 2015 and get her kicks from making sales and nurturing relationships with her much beloved clients. Being driven by results and the ability to be creative is key for a Director of Sales and working closely with the Reservations team is vital to ensure success. In her spare time Karen likes to relax at the beach, travel and spend time with friends and family. 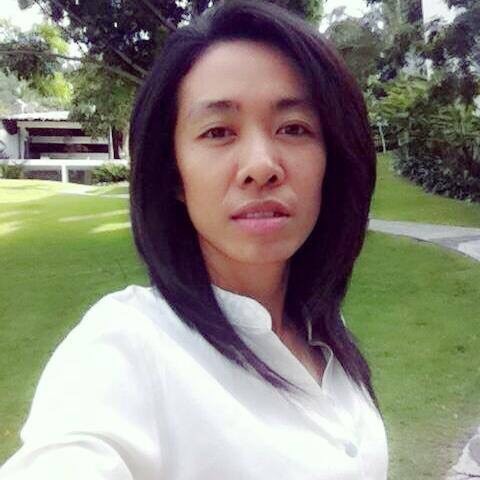 Director of Finance
Fresh on the Samujana Team, Nui is a Samui native. Breaking the urban legend that accounting is boring, she is the new generation of Financial Controllers that are fun to be around. Acute, precise and friendly, Nui can answer instantly at any questions thrown at her in a blink of an eye with a hint of humour or spiciness if needed. Her background and forte in both the hotel business and estate property made her the best candidate for the job. Nui loves travelling around Thailand, playing badminton, meeting people, eating food but most importantly she loves being with her family. 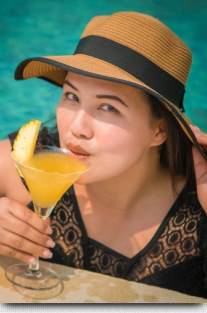 Operations Manager – Villa Manager Guru
Khun Tang started as a junior Villa Manager in mid-2013, she has worked her way up to Assistant Operations Manager, Guest Experience Manager and newly promoted to Operations Manager which makes her the GURU of all the Villa managers on the estate. Tang and her dedicated team of villa managers and villa maids is responsible to ensure that all our guests enjoy a great time whilst staying with us. Their motto is: “The ability to constantly and consistently exceed the customer's expectations” - She is energetic, enthusiastic and a real doer, what you see is what you get. In her relaxing time, she is a dedicated mum, she enjoys visiting her family on the mainland and always on the look of new discoveries and things to do.

Property Sales Manager
Diah is originally from Indonesia but spent half her life in Thailand. With more than 13 years of experience living in the Kingdom, she had the opportunity to master the culture and language which is a plus given the fact that all her co-workers and friends are Thais. Before joining Samujana the first time as Wedding & Event Manager 4 years ago, she acquired her experience in organizing medical conferences in Bangkok for a few years and found her way to Samui as Marketing & Event at Impiana Resort. With her knowledge on Samujana, her kindness, professionalism and customer service mind-set, Diah was given the opportunity to come back as Property Sales Manager in the beginning of 2017.  Diah is culinary thrill seeker and loves sampling local food with a preference for clean food, she enjoys watching movies, meeting people and has busy social life.